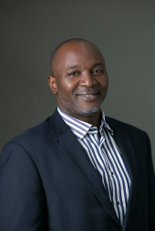 Wole Abu is the Chief Executive Officer (CEO) of Pan African Towers Limited (PAT). Prior to his appointment at Pan African Towers, Abu served as the Vice President of Sales at Airtel Nigeria, where he also held several senior management roles  in the Human Resources, Engineering, Operations, Finance, Legal, and Marketing departments respectively.

Mr. Abu has led his company, Pan African Towers to receive the Nigerian Technology & Innovation  Telecom  Award (NTITA) as Emerging Tower Company of the Year  2019  and the International Standard Leadership Award by the World Quality Alliance, for the Leading Telecom Service Provider of the Year 2019.With his continued leadership style, rare enthusiasm and heightened drive to revolutionize the telecom industry in Nigeria, Mr. Abu is dedicated to making a significant impact on the society.

The Role of Engineers

Engineers are pioneers of progress, they bring ideas to life and simplify tasks. They are pace-setters, nation-builders, dream enhancers and society shapers. According to a 2019 report by Forbes Magazine, Engineering contributed about $1trillion in revenue to the global economy in 2019, with an annual growth rate of 2.7% from 2014-2019, creating about 2.73million jobs with 454,528 businesses in the same year. There is no doubt that the pertinence of engineers to the global economy cannot be overemphasised

Engineers contribute to all spheres of the economy from finance, aviation, maritime, transportation, agriculture, medicine, communication, science and every other economic area that has not been mentioned. Engineers deploy scientific knowledge  for societal needs and come up with innovations that improve lives, increase productivity, create more jobs and develop the society in several ways. For example, there is an aspect of engineering called bioengineering which lets engineers work with doctors, therapists, and other health practitioners to develop tools, systems, equipment and processes that will be used to  solve  clinical  problems. Cryonics for instance deals with preserving a human body by lowering his heartrate and freezing him till  when  he decides to be brought back. For this medical technological innovation to come to fruition, it will require bioengineering to conceptualise  and actualise this. The military needs engineers in order to develop advanced weapon systems, drones, missiles and other high military weaponry. What about artificial intelligence, holograms, 5G, the internet of things, autonomous vehicles, high-speed trains, electric vehicles? These are all technological innovations and creations of  engineers whose works are  very integral for  the  progress, growth  and development the world needs. 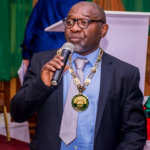 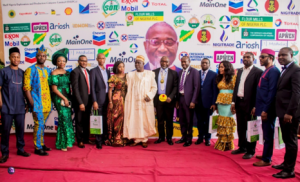 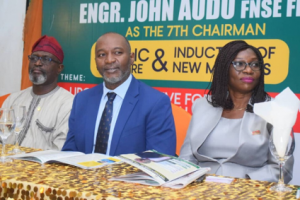 The growth and impact of technology 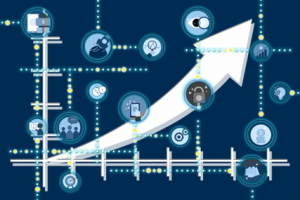 The importance and uses of technology in our contemporary society  is self- evident. We can observe the impact of technology in almost all facets of life. Technology and innovation drives healthcare, science, education, research, agriculture, politics, telecommunication and all spheres of the economy globally. It simplifies tasks, saves costs, increases productivity, creates jobs, improves  lives and globalises the world. With the advancement in  communication  technology  that drives the Internet, Technology is now a key pillar for the sustainability of humanity and our society.

From the earliest days of humanity, where men lived in small clusters and survived by hunting and gathering, the mind of man has sought to understand the environment in which we live. Thus, the first technological breakthrough was the discovery of fire which helped the early human communities to cook their food, preserve and illuminate their surroundings with torches. As man advanced several discoveries in science changed the way people lived. The discovery of penicillin helped to halt debilitating and incurable diseases at that time. The discovery of the laws of motion enabled people to build the vehicles that provided the  logistical support that moved goods and services around the world. Another great change was the internal combustion engine which eventually put  paid to travelling around with animals, and retired horses from the warfront to mere sporting animals. Electricity was another great invention and so on and so forth till today where we now have the age of the internet. Along the line, man has developed standard measurement for almost any identifiable element in the world from subatomic particles to gases and even imaginary elements.

With the increased knowledge of the universe, we now know that the earth is just a tiny speck in a massive and ever-increasing universe. The light from the sun that we see outside our window is 8 minutes old and some stars such as Tau Ceti our  closest  neighbour is 12 light years away. Note that one light year is 9.46 trillion kilometres.

While all these advances are good and great, societies have not all evolved at the same pace due to sociological, political  and economic reasons. Most of sub Saharan Africa (SSA) missed out on the industrial revolution that helped Europe to become a superpower. While Europe transited from using animals to run their economy and developed machines for almost every conceivable need, SSA remained trapped in the medieval age and still relied heavily on human and animal labour to perform most tasks. Thus, today we see farmers in Europe with tractors while African farmers still use hoes and cutlasses.

Across almost every country in SSA we see the same pattern of a people trapped in the past and struggling to adapt to the modern     age which keeps changing rapidly. The world has therefore become classified into developed nations, emerging nations and underdeveloped ones. The difference between these classifications has nothing to do with race, cultures, beliefs or populations. The main differentiator is the technological gap. All G7 countries for example have nuclear capabilities and have advanced weaponry for warfare. If we take agriculture for example, there are more tractors in the UK than in all of Africa.

According to an FAO research document

Social Intervention during the COVID-19 Pandemic